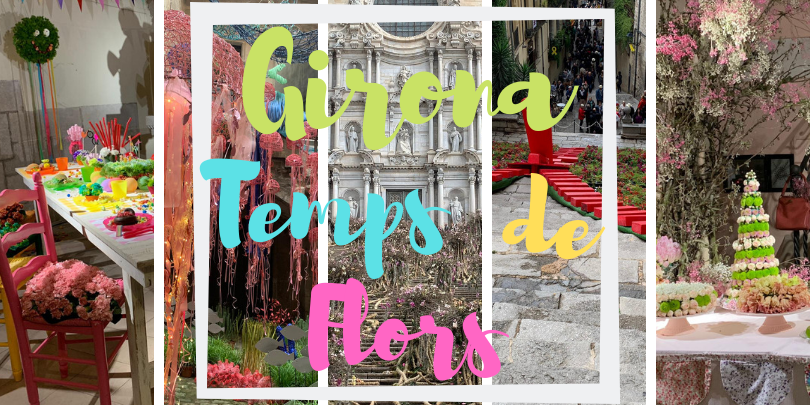 The history of Girona, Temps de Flors is also a story of young entrepreneurs who, 61 years ago, decided to organize a first edition of what they called „Concurso de Exhibición Provincial de Flores“ at the „Teatro Municipal de la Sala de Descanso“. The good response and the interest of the people who visited that space in 1954 pushed them to carry on an event that has become the great international festival of Girona, an activity that attracts people from all over the world.

The 64th edition of Temps de Flors (Flower Time) it’s, one year more, an Event that consists in the exhibition of flowers in monuments, patios and gardens throughout the city of Girona. Parallel photography competitions and shop windows are developed.

It is one of the most spectacular spring festival in the country, where every corner of Girona is filled with floral compositions. It is also an ideal occasion to visit the patios and gardens of the Old Quarter that are open to the public during these dates.

This year the number of people who have come to the city attracted by the floral event remains the same as in previous years, but they have been distributed throughout the week and congestion peaks have been reduced

The 64th edition of Girona, Temps de Flors has maintained the number of visitors in recent years and has consolidated the 250,000 people who come to the city every May to enjoy the floral event. This year it is estimated that 255,000 people have visited the city, five thousand more than the previous year. The visits, however, have been spread out over the nine days of the show, with a slight rebound on weekends, but congestion peaks have been markedly reduced.

ON TOUR WITH INTERKULTUR IN BARCELONA
Juni 3, 2019